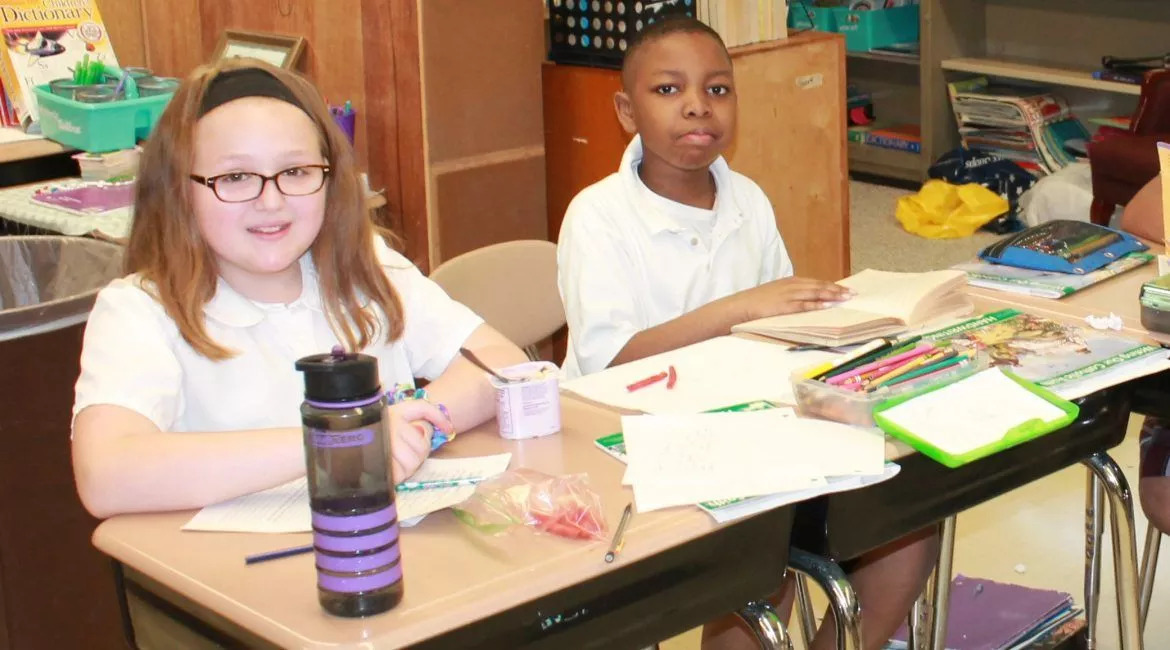 By Lewis M. Andrews | For almost a quarter-century, the Children’s Educational Opportunity Foundation (CEO) has been serving Connecticut by providing matching scholarships so that even students from economically challenged families might be able to afford K-8 private-school educations.

Our program began modestly in August 1995, when we offered 100 matching scholarships in Bridgeport, up to a maximum of $1,000 for qualifying families. Once granted, the scholarships were renewable through the eighth grade, as long as the student continued to live in Greater Bridgeport and did well enough to move forward with his or her classmates.

In subsequent years, thanks to the exceptional generosity of our donors, we have been able to expand the amount we can match to $2,100 annually – or roughly half the tuition at a typical Connecticut parochial school. Just as importantly, we have been able to grow the number of cities we serve. In 1998, we began a matching scholarship program in Hartford, added New Haven in 1999, and in 2017, moved into East Hartford.

As part of our 25th-anniversary celebration, the CEO Foundation will accept applications from Waterbury residents for the 2021-22 academic year beginning March 1. Forty-two initial scholarships will be available on a first-come, first-serve basis.

Our basic guidelines are simple. The parent or guardian applying for the scholarship must live in Waterbury; the student receiving the scholarship must live in the home of the applicant parent or guardian; students are eligible to receive renewable scholarships between grades K-5; household income must be at or within 200% of the federal poverty levels; and once awarded, scholarships are paid directly to the private school chosen by the parent/guardian. Further information and applications will be available March 1 on our website (www.ceoct.org).

The CEO Foundation always is thrilled to help more families choose the kind of education they want for their children, but it is especially gratifying to do so during the COVID-19 pandemic when so many parents feel inadequately served by the public system. It is not our place to question how the different boards of education around the state have responded to the crisis, but too many parents who personally disagree with the consequences of district decisions, or who simply feel that their own child’s particular needs are not being adequately addressed, have been left out in the cold.

Some families around the state have been able to meet at least some of their children’s needs with homeschooling or by forming learning pods with other home-schooling families. Others have helped to run “micro-schools” in local church basements and community centers. But most of these options require the kind of financial resources and/or employment flexibility typically limited to high income earners.

Single parents and those with limited incomes remain desperate to be sure their children are properly educated. Recently, we received a call from a city mother whose local public school had decided to teach mostly online. Millions of dollars had been spent to buy expensive laptop computers, which were sent to every child in the district.

The only problem, the mother explained, was that no one in her house knew how to operate this equipment.

It is for the future of children in families like hers that we are pleased to be able to serve another Connecticut city in some small way.

Lewis M. Andrews is president and chairman of the Children’s Educational Opportunity Foundation of Connecticut.